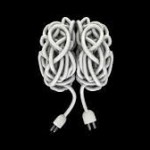 To Live And Die In America

Posted December 22nd, 2012 by Lesley Hazleton
This is the headline of The Huffington Post right now.  It’s a list of just some of the gun deaths in the last week alone, since the slaughter at Sandy Hook Elementary School:

TO LIVE AND DIE IN AMERICA