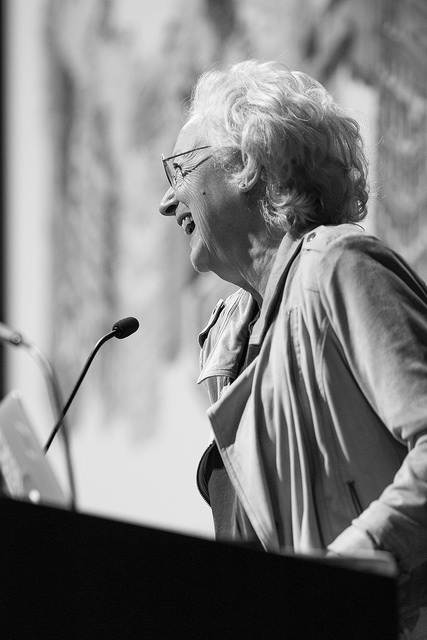 The one thing I really like about the Superbowl is that for a few hours on a Sunday afternoon in February, the whole urban world goes very quiet. Just about everyone else seems to be glued to the television, eating guacamole and downing beer. Since neither guacamole nor beer figure in my concept of the good things in life, I politely decline invitations to Superbowl viewing parties and instead, roam the empty streets and appreciate the silence.

And yesterday, as I indulged once more in this unwonted peacefulness, I realized that despite my seemingly un-American aversion to American football, I have lived in the United States more than half my life.

Yet you’d think that after so much time, I’d have a good handle on American folkways such as the Superbowl. I followed baseball with a passion for the first few years I was here, and a column I wrote on it for the New York Times is still probably the most reprinted piece I’ve ever written. It even became part of a Smithsonian exhibit. But whatever the opposite of a passion is, that’s what I have for American football.

A new acquaintance once tried to turn me on to the game (if “game” is the right word for a ritual in which people do their best to bash each others’ brains in, with well-documented and utterly predictable long-term results) by explaining that it was really all about real estate. If he’d known me better, he’d have tried a different tack. This was in New York, where at the time, real estate regularly made for stultifying dinner-party conversation.

More recent attempts to persuade me that it’s really a game of strategy just made me long to get back to the backgammon board or the billiard table, at both of which I acquit myself with much more gusto than skill.

Call me slow on the uptake, but this morning I finally realized that the Superbowl is about neither real estate nor strategy. As Bernie Sanders would doubtless point out, it’s about money. Big money. Which is why a considerable portion of the news coverage of the game today is devoted not to the game itself but to the commercials.

The Superbowl is really the fraternal twin of that other big-bucks rite of communal television worship, the Oscars (with the difference that in football you actually get to see black people in starring roles).  And for me, at least, it’s just about as irrelevant, which is why I’ve already turned down invitations to Oscar-viewing parties (I used to accept, only to find myself in endless complaint about the awards going to the wrong people and the wrong movies). Nothing for it but to just be un-American again, and take to the streets to commune with the silence…

Why the strange assumption that a brilliant man in one field is brilliant in all fields?  Nobody doubts Ray Kurzweil’s technological innovations, like speech recognition technology.  But isn’t saving the world on, let’s say, a slightly different level of complexity?

Yet on Sunday the NYT devoted most of its Business section to Ray Kurzweil the self-proclaimed messiah — that is, to the weird combo of libertarianism, advanced science, and wishful thinking that is the Singularity movement, for which Kurzweil is the foremost advocate.

In a case of nerds gone wild, he has founded his own university, Singularity U., “to address humanity’s Grand Challenges.”   Note the caps — a dead giveaway.  Note too the military language:   Singularity U. will  “create a cadre of leaders” to “seize control of the evolutionary process” since that, says Kurzweil, is “the only way to solve the world’s ills.”   A kind of biotech coup d’état, I guess.

“Ultimately,” he says, “the entire universe will become saturated with our intelligence.  This is the destiny of the universe.”

I’m not much up for talk of universal destiny at the best of times — too close to evangelical visions of the Rapture — but when it comes from a man with an attic full of kitschy kitties, I’m all the more wary :

I can see why the kitty kitsch, though.  It’s a good antidote to Kurzweil’s over-the-top rhetoric.   You might almost call it exponential rhetoric, since Kurzweil loves that word.  He talks constantly of exponential growth — exactly the kind of imaginary growth that collapsed the housing market.   But not, per Kurzweil, the tech market.  Technological progress will be 1,000 times greater in this century than in the last, he asserts, with the cavalier use of numbers characteristic of deluded grandiosity.  Perhaps that’s why some NYT newsdesk editor had the ironic wit to put this story on the front page of the same issue:

There is nothing like the cornucopia of new drugs that some experts predicted the genome project would yield. A decade ago, drug companies spent billions of dollars equipping themselves to harness the newly revealed secrets of human biology. Investors bid the stocks of tiny genomics companies to stratospheric heights.

That “genome bubble” has long since popped. And not only has there been no pharmacopeia, but some experts say the Human Genome Project might have at least temporarily bogged down the drug industry with information overload.

Of course for Kurzweil, such inconvenient facts exist only to be transcended — another of his favorite tropes, as in “transcend all of the limitations of our biology.”   He intends to live hundreds of years, he says, and to that end, takes 150 vitamin and supplement pills a day, has intravenous transfusions of chemical cocktails to “reprogram” his biochemistry, measures the chemical composition of his urine, and keeps a detailed log of every bite of food    Perhaps all those pills explain the shimmering circular light floating around his head as he talks in a documentary due out soon promoting his ideas.  It’s called — I kid you not —  “Transcendent Man.”

For anyone with $25,000 to plunk down for a ten-week “student program” at Singularity U., or with a mere $15,000 for a nine-day “executive program” (and top officials and executives are rushing to do so, or so at least Kurzweil claims), I checked out the curriculum and found an enticement or two .  “Neuroenhancing pharmacological agents” under Medicine and Neuroscience sounds like great fun — a few good acid trips? — but I’d guess are far more along the lines of 150 vitamin pills a day (Kurzweil sells his own brand of super-expensive nutritional supplements).   And for those addicted to video games, which many Singularist devotees probably are, there are “existential extinction events” in the Energy and Environmental Systems section — not some kind of Sartrean nightmare, but good old end-of-the-world eschatology tarted up in tech jargon.

I’d say it was all very Nietzschean — the psychedelic muddle of Thus Spake Zarathustra with its ideas of an übermensch race — except that I suspect Kurzweil and his cadre are far more familiar with the comic-book version:  Superman.   This is what happens when you consume too much pizza and coke and believe all those people who tell you how brilliant you are.  You become a believer in your own adolescent fantasies.   And with such religious fervor that others do too.

But then maybe Kurzweil really is brilliant after all.  How else could he have gotten the NYT Business section to act as his shill?   Do you think I could get the name of his publicist?   I can’t wait to start saturating the universe with my intelligence…