The use of “native guides” might seem a peculiarly nineteenth-century mode of exploration. Not so. In 1953, Sir Edmund Hillary would never have been the first to climb Everest if he hadn’t in fact been the second — hard on the heels of Sherpa Tenzing, without whom he’d never have made it. And so it still goes. Some 600 people now summit Everest each year, but most are not westerners paying up to $100,000 for the privilege. They’re Nepalese sherpas, “at least” thirteen of whom were killed in an avalanche last week. And those huge sums don’t go to them, but to the mountaineering outfits that hire them at minimal wage to do the dirty dangerous stuff and ease the way for their wealthy clients.

That’s two underpaid, heavily-laden sherpas per overpaid, lightly-laden westerner. Sound familiar? Since I’m more of a desert rat than an icepick-and-piton type, I think instantly of another climb much boasted of, as in Mark Twain’s Innocents Abroad, which includes his account of an 1867 trip to Egypt: 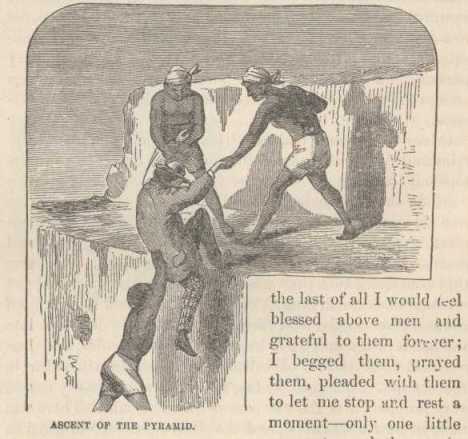 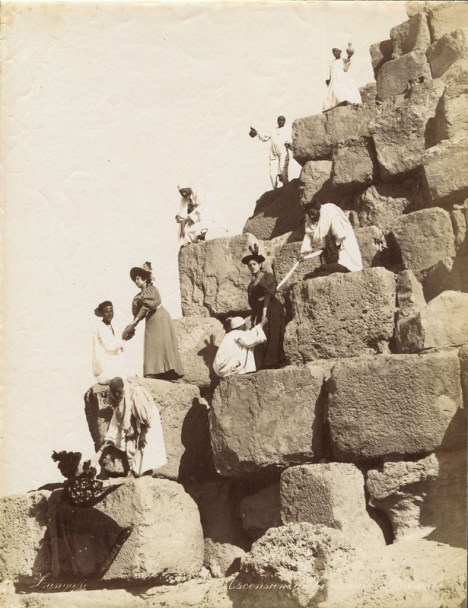 Heave ho, my hearties.  Anyone for a spot of post-colonialism?