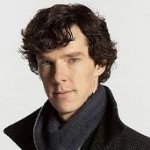 The video is chaotic.  It shows a woman being stripped, tossed around, hit, kicked, held down, penetrated, beaten into unconsciousness by a mob in Cairo.  It’s described in this New York Times report, which avoids any link to the video itself.  In fact the original YouTube upload has been deleted.  Deleting it, however, is just another way of trying to cover it up.  As I write, this one is still active.  And yes, you are warned, it’s brutal.  As all rape is.

I know that those who read this blog, men and women alike, will be incapable of watching these couple of minutes with anything but horror.  But I also know that part of the reason it went viral when first posted is that there are men out there who are turned on by it.

Just the thought of that makes me want to gag.  As does the boys-will-be-boys response to it from an Egyptian TV host, who said, with a stupid giggle:  “They are happy.  The people are having fun.”

This isn’t “just” an Egyptian problem.  Or a Nigerian or Somali or Brazilian or Turkish or Italian or Swedish or Indian or Pakistani one.  My first association was with last year’s photo of an unconscious near-naked girl being lugged around by wrists and ankles, like a carcass, by high-school rapists in apple-pie Steubenville, Ohio.

This sickness infects some men, but affects every woman.  Yes, all women.  The Twitter hashtag #YesAllWomen took off in response to the misogynistic shooting rampage in Santa Barbara, California two weeks ago, and here’s the formidably intelligent Rebecca Solnit on what it means.

Solnit was in Seattle last week talking about her new book, Men Explain Things To Me, and when she mentioned her unease at finding herself alone on an elevator at night with a strange man, there was a lone weird laugh from a man behind me in the audience.  It wasn’t clear what he found so funny.  Perhaps he simply couldn’t understand this kind of unease.  But every woman can.  It’s the year 2014, and yet it’s still not “wise” for a woman to go down a dark street at night, or ride in an empty subway car, or walk in the woods.  What was most remarkable about Wild, Cheryl Strayed’s account of hiking the Pacific Crest Trail, was not the length or the difficulty of the hike, but the fact that she was a woman walking alone.  If she had been male, there would have been no book to be written.

It’s absurd that the onus is still on women to avoid being subjected to violence.  One way and another, we are told to avoid this, avoid that, take care, take karate classes, be on the alert, be afraid.  Don’t go out at night, say some.  Stay home, lock yourselves in, adopt the behavioral equivalent of a chador.  (Don’t go out at night?  An equally rational ‘solution’ would instead be to tell men not to go out at night.)

But there’s an antidote.  And it comes from men — men who really do respect women, and who know that to remain silent in the face of woman-hatred is only to give it free rein.  As former president Jimmy Carter put it in A Call to Action, violence against women is not only a woman’s issue;  it affects us all, and the only way to win this battle is to work together.  I take heart from this photo that artist D.K.Pan posted on his Facebook page after the Santa Barbara massacre.  Women are finally speaking out;  we need more men like Jimmy Carter and D.K.Pan to speak out with us.

The tyranny of round numbers has me in its grip.  A decade birthday or a centennial seems to insist on comment, whether we are ready for it or not.   Usually not.

Today my ‘dashboard’ informs me that this is the one-hundredth post since I began The Accidental Theologist nine months ago (note how I even avoid typing in the number 100, with its two imposing ovals).  And I’m resisting the impulse to obey the round-number imperative and say something ultra ‘meaningful.’  Like a mission statement.

I am not into the missionary position.  ‘Mission statement’ is a term dreamed up by PR hacks trying to give corporations some sort of moral standing, as though they had a sacred mission in life – to make things better, to help you, to serve you – other than profit.  I find missionaries hard enough to take when they’re spreading old-fashioned religion;  when they’re spreading the religion of consumerism, I find them even harder to take.

The first thing I wrote here, Who is the AT?, might be the closest I’ll ever come to such a statement, so I went back and looked at it this morning,  and found to my delight that it said exactly what I’d say today.  “None of the comfort of received opinion, no claim to truth, let alone Truth… None of that astounding confidence (aka hubris) that cloaks ignorance and prejudice.”   That’s the aim, anyway, and many of you have done your best to hold me to it.

And if some are frustrated by my refusal to take a single, clearly defined ‘position’ – let alone the missionary one – I’m delighted.   It means (at least I hope it means) that so far, I’ve avoided the traps of smugness or righteousness or self-satisfaction – all signs that a mind has stopped working – let alone the illusion that I have a stranglehold on that impossible ideal known as ‘truth’ (as though it were something that could be wrestled to the ground, pinned down, and held in an armlock).

I do realize that most people like to know exactly where they and others stand, and that I might be considered peculiar in that I like to explore and – the inevitable companion of exploration — get lost (which is why some people dread hiking with me, and why one of my favorite books is Rebecca Solnit’s A Field Guide to Getting Lost).   I find it exciting to not know exactly where I am.  The things that stay with me – an experience, a conversation, a scene, a small epiphany – often happen when I least expect them, when I’m not where I thought I was going.  And when I write, I often find out where I’m going only once I’ve gotten there, and sometimes I never get to any “there” at all.

So thanks to those who appreciate that we don’t all have to be on the same page (the same chapter is far more interesting, or just the same book).  To people with the patience and curiosity and openness of mind to explore instead of rushing to well-defined ‘positions.’  To those who think with their heads instead of their knees (the infamous kneejerk reaction).  Those who look, reflect, enthuse, even despair — who approach this whole, complex, often crazed subject of religion and politics and the larger one of our existence on this earth not as something to be ‘solved,’ but as an ongoing question.

Accidental theologists unite! — we have nothing to lose but the false consolation of consensus.