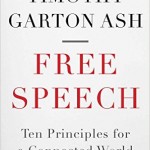 My first impulse was to join this declaration, organized by The American Muslim magazine, as a signatory.  Then I realized that oops, I’m not Muslim.   So am running it in full here instead.

The background story:   Molly Norris is the Seattle cartoonist forced to “go ghost” (in FBI parlance) after protesting threats against ‘South Park’ creators Matt Stone and Trey Parker for their gentle ribbing of the ban on depictions of Muhammad (which, incidentally, is far from universal in Islam).    Her protest took the form of declaring an ‘Everyone Draw Muhammad Day’ — a really dumb idea, as she quickly realized, since it only invited hatemongers to ratchet up the rhetoric, and led to threats on her life from Muslim fundamentalists.

But the penalty for dumbness is neither death nor exile.   And as this declaration clearly states, death threats against those who insult Islam are, in fact, anti-Islamic:

A DEFENSE OF FREE SPEECH BY AMERICAN AND CANADIAN MUSLIMS

We, the undersigned, unconditionally condemn any intimidation or threats of violence directed against any individual or group exercising the rights of freedom of religion and speech; even when that speech may be perceived as hurtful or reprehensible.

We are concerned and saddened by the recent wave of vitriolic anti-Muslim and anti-Islamic sentiment that is being expressed across our nation.

We are even more concerned and saddened by threats that have been made against individual writers, cartoonists, and others by a minority of Muslims.  We see these as a greater offense against Islam than any cartoon, Qur’an burning, or other speech could ever be deemed.

We affirm the right of free speech for Molly Norris, Matt Stone, Trey Parker, and all others including ourselves.

As Muslims, we must set an example of justice, patience, tolerance,  respect, and forgiveness.

Islam calls for vigorous condemnation of both hateful speech and hateful acts, but always within the boundaries of the law. It is of the utmost importance that we react, not out of reflexive emotion, but with dignity and intelligence, in accordance with both our religious precepts and the laws of our country.

We uphold the First Amendment of the US Constitution and the Canadian Charter of Rights and Freedoms.  Both protect freedom of religion and speech, because both protections are fundamental to defending minorities from the whims of the majority.

We therefore call on all Muslims in the United States, Canada and abroad to refrain from violence.  We should see the challenges we face today as an opportunity to sideline the voices of hate—not reward them with further attention—by engaging our communities in constructive dialogue about the true principles of Islam, and the true principles of democracy, both of which stress the importance of freedom of religion and tolerance.
SIGNATORIES:

NOTE:  If you would like to add your signature, please send an email with your name, title, and organizational affiliation (if any) to tameditor@aol.com.