Sometimes you have the privilege of getting to say the right thing at the right time, as with this nine-minute talk I gave the other night to a hugely supportive audience of Christians and Muslims at Trinity Lutheran Church in Lynnwood, WA.  The event was called “Love in a Time of Fear,” but I wasn’t afraid, I was angry, and I said so:

Full video of the evening is here, with special thanks to Terry Kyllo of Catacomb Churches and to Jeff Siddiqui for bringing it all together, and to the excellent work of Lutheran Community Services Northwest in support of Syrian refugees.

The right-wing is trying like hell to do a number on the minds of American women. You know that thing about abortion being the hardest choice a woman will ever have to make, or the one she most regrets? Bullshit.

In fact 90% of all American women who’ve had an abortion are either glad or simply relieved they did (click here for the research.)  And for every woman I know who’s had an abortion (that’s half the women I know, and quite possibly half the women you know too), a safe, routine, minimally invasive procedure was far from the hardest decision of their lives. For many, like me, it was the simple, sane choice. The only hard part was finding the money to pay for it.

You want a hard decision? What about marriage? Or divorce? Taking on a mortgage? Choosing a cancer treatment? Allowing a terminally ill spouse to die with dignity? What about the multitude of hard decisions we all have to make in the course of our lives, men and women?

But right-wingers don’t think women capable of rational decision-making at all.  It’s apparently especially hard for us delicate souls, which is presumably why they think we agonize over it and decide wrong.  How very Victorian of them. They’re apparently white knights in shining armor, out to save every woman from her own distressingly poor judgment.  In their ideal world, no woman would be “allowed” to make a decision without prior permission from the Republican caucus.  Certainly not any woman with an income under a million a year.

But it’s not our decision-making that stinks, it’s theirs.  Because not only is it morally and ethically bankrupt, it’s full of lies — deliberate lies.

— Like Republican presidential candidate Carly Fiorina pretending to be near tears as she talked about watching a video that didn’t exist and never had.

— Or the head of the House Oversight Committee trying to play gotcha with the head of Planned Parenthood by using a bogus chart created by an anti-abortion group.

— Or abortion opponents pretending there’s no such thing as an embryo.  They’d have us think that every abortion is that of a full-term viable fetus, when none are.  The vast majority of abortions are embryonic, medically defined as up to eight weeks from conception.  But hey, you can’t see an embryo on a sonogram, let alone wave photographs of it in an attempt to guilt-trip women.  So lie, baby, lie — and screw the lives you mess up in the process.

It’s clear by now that nobody cares about facts in the fantasy world of today’s Republicans.  Real facts, that is, as opposed to imaginary ones.

Those of us who live in the real world know for a fact that imaginary facts are dangerous.  Remember those non-existent weapons of mass destruction used as the reason to invade Iraq?  Or those non-existent scientists asserting with great authority that there was no such thing as climate change?

Forget hard decisions for the moment.  Here’s an easy one:  A year from now, do all you can to make sure we send this gang of women-hating, war-mongering, planet-polluting liars back to whatever slime pit they crawled out of. 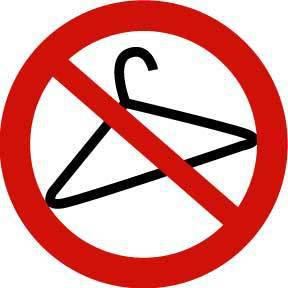 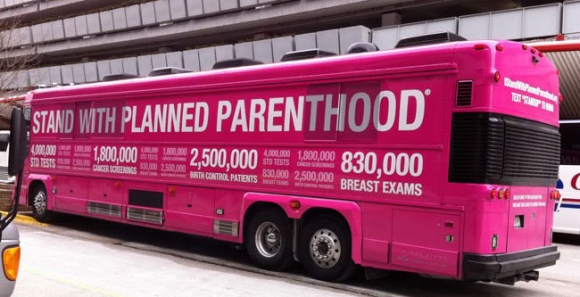 Nearly every woman I know has either had an abortion or helped another woman get one. I know this because as the Republican attack on Planned Parenthood ramps up, I’ve been asking. Old and young, black and white and brown, married and single, straight and gay, religious and irreligious – women have been telling me their abortion stories.

But I think we need to tell them publicly too. To break the weird veil of shame and secrecy that still hangs over the decision, even when abortion is legal. To stand up and say “Yes, sure, I had one.”

So here’s the story of mine.

I was 20 years old – young and dumb, as every 20-year-old has every right to be. Not that dumb, though, since I was using a diaphragm thanks to the Marie Stopes clinic, the one place in the whole of England at the time that would provide contraception to an unmarried 17-year-old.  And the diaphragm worked fine until my first summer in Jerusalem, when it didn’t. Not because of any fault in the device, but because I hadn’t put it in. Carried away, late in my menstrual cycle, I’d said “Come on, it’s okay.” And three weeks later, realized it wasn’t.

There was no doubt in my mind what I needed to do. The guy I was with was a no-goodnik, the result of a bad case of delayed teenage rebellion on my part. I had an undergraduate degree in psychology but no idea what I wanted to do next, only that since I could barely handle myself, no way could I handle a baby. But abortion was still illegal in Israel. And I was dead broke.

I found my way to the Jerusalem branch of an aid organization for Brits – a single room with a single occupant, who took one look at me as I stood miserably in the doorway and before I could open my mouth said “You’re pregnant, aren’t you?”

“And you need an abortion.”

“And you don’t have any money.”

At the final nod, she said “Sit down,” and made three phone calls: one for an appointment with a leading gynecologist who didn’t believe in forcing women to have children; one to her HQ to get approval for a loan to pay his fee; and one to a publishing house to get me a job as a copy-editor so that I could pay back the loan.

We have been firm friends ever since.

The procedure itself was a non-event. (The doctor gave me a prescription for the pill and said he hoped to never see me again, though in fact he did, but not with me as the patient – he ran a maternity clinic, and was the obstetrician for three of my friends as I helped with their labor.) I parted ways with the no-goodnik, and set about the never-ending process of growing up.

And now, almost half a century later? No regrets. Quite the contrary, since I suspect this was the one rational decision I made the whole of that year. In short: thank god I had an abortion.

“Do You See Religion on my Chest?”

It’s a superb response to the whole miserable outing of the Susan G. Komen Foundation (the pink ribbons and pink teddy bears breast-cancer-cure people)  as patently anti-women.  Komen’s directors revealed the astonishing scope of their hypocrisy (and fraud) when they decided to defund Planned Parenthood’s breast-cancer screening — a decision made for clearly right-wing religious-political reasons.   Under the pressure of public disgust, they have since said they’ve reversed their decision — but for this year only.)

A brilliant stroke of agitprop from the Florida ACLU:

Why?  Because “when a corporation has more protections than a woman, the best way to keep lawmakers out of your business is to be your own business.”

And why the Florida ACLU?  Because the Florida statehouse is where representative Scott Randolph was reprimanded last week for using the word ‘uterus.’  Here’s what he said:

The reasoning behind the incorporate-your-uterus movement?  Since the Supreme Court ruled last year that corporations have the rights of individuals in financing political campaigns, so individuals should have the rights of corporations.  Especially when it comes to something that’s already literally incorporated — i.e. part of the body.   It’s time to make the physical legal.

Protect your uterus from government interference like the conservative attempt to defund Planned Parenthood and to place further restrictions on abortion rights.

(Coming soon, says ACLU Florida head Howard Simon:  honorary incorporation for the 50% of us who seem to have missed out on a uterus.)